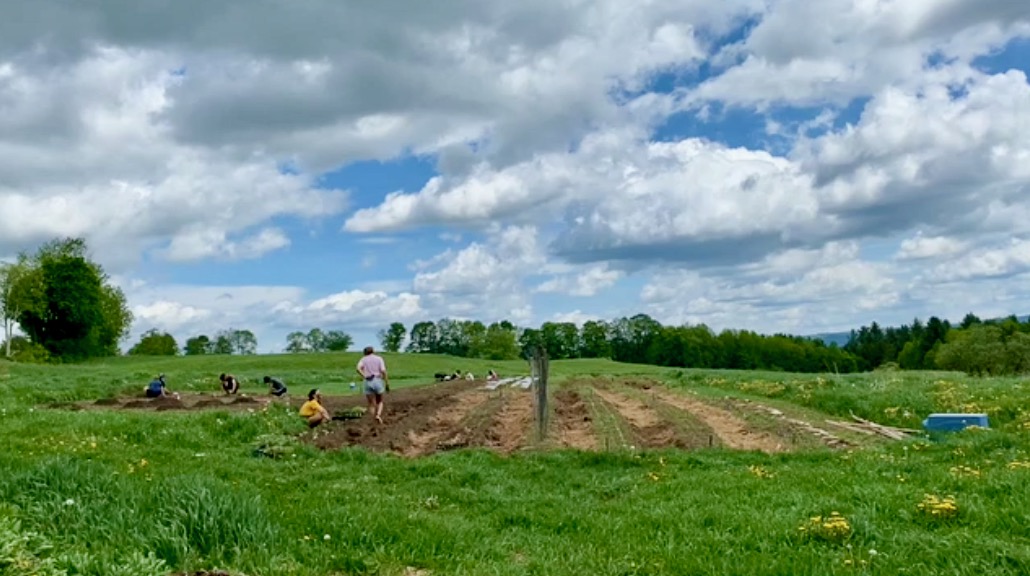 The Northstar Collective was created in partnership with The Center for Grassroots Organizing in Marshfield, Vermont by GrowTeam members to continue stewarding the land and learning about agriculture. With the guidance and support of their team leaders they created a collective that they could learn and grow with and continue to use their harvest for food justice and sovereignty.

The Northstar Collective works to combat local food insecurity within marginalized communities through promoting food and land sovereignty and furthering anti-racist efforts by implementing educational programming and partnering with The Abenaki Land Link, Migrant Justice, and other Vermont-based activists.

The Northstar Collective was named in honor of the abolitionist, freedom fighter, spy and general, Harriet Tubman, and adopts its slogan “Dream Well” in respect of the first-nation Abenaki people. In addition, The Northstar Collective educates its members on topics relating to holistic health and sustainability, like tincture-making with medical herbs and soil regeneration.

Through the Abenaki Land Link, they have been granted permission to grow indigenous Nulhegan crops with the guidance of Nulhegan Chief Don Stevens.  The Northstar Collective has also devoted its efforts to harvesting, delivering, and donating produce, every Monday morning, in solidarity with Migrant Justice for Vermont migrant farmworkers.

The rest of the harvest is given to local food banks to support local communities grappling with food insecurity as a result of COVID-19. Now, every Friday evening, new collective members have the opportunity to learn from and interface with local anti-racist activists, as part of The Northstar Collective’s orientation process. They, also, organize, plan, and go on trips to visit local farms to build community and learn more about sustainable farming practices.

Beyond farming, The Northstar Collective, as part of its commitment to food and land sovereignty, strives to identify and utilize regional, wild medicinal herbs in plant-based healing.

Learn more about The Northstar Collective at The Center for Grassroots Organizing by visiting https://www.grassrootscenter.net/ or come visit them in person in Marshfield, VT!

Correction: Previously, this post miscommunicated the name of the Abenaki Clan that is organizing the Abenaki Land Link Project. Their name is the Nulhegan Band of the Coosuk-Abenaki Nation. We have corrected the post. Our humble apologies for this error.