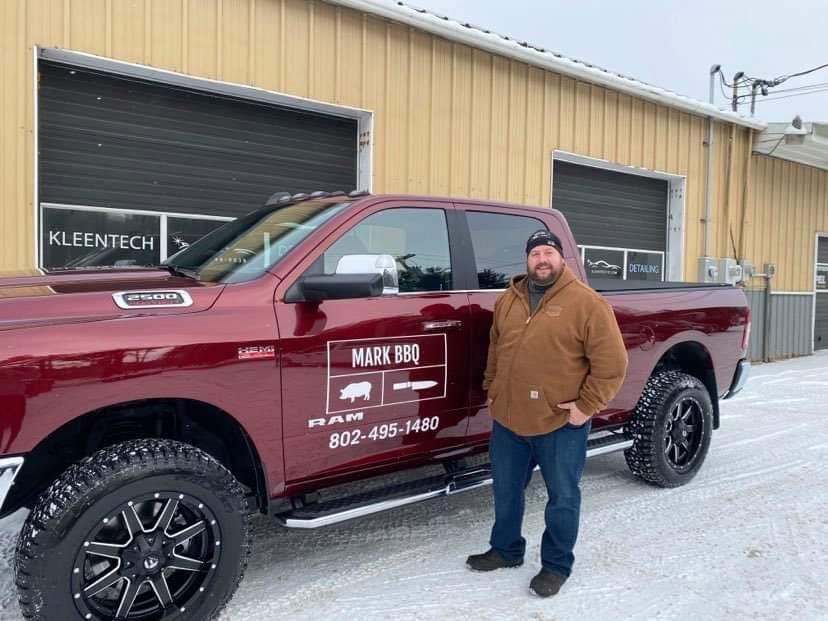 Mark BBQ Essex Junction has become much more than your usual local VT eatery. Since the start of the pandemic, Owner and Head Chef Darrell Langworthy has made it his mission to keep his staff employed while doing what they do best—making delicious food.

Early on in the pandemic Darrell realized that while his restaurant may be closed, he had the ability to provide for those in need, giving back to the community that had supported Mark BBQ from the beginning. Almost immediately after restaurants were forced to close, Darrell started moving money over from his personal account to be able to have a 90 day cushion for his employee’s pay. From there, he continued employing his staff and they began to work on providing free meals to members of the community, starting with 100/week, and very rapidly expanding to close to 2,000.

When asked by his accountant if he thought he had been successful this year, Darrell explained that doesn’t measure success by funds, but rather by the significance of his work. The best part about this community in his eyes is seeing those who have received free meals previously coming back to support them when they’ve gotten back on their feet. Darrell and his team have made it their mission that no one should be worried about whether or not they will have food on the table.

With the recent extension of this program, we hope to continue celebrating the work of the 125+ restaurants participating in Everyone Eats. We’re all in this together!